Billy Crafton, along with Royce Gracie, Ralph Gracie, Royler Gracie and others hosted the 2018 Annual Gracie Association Meeting in San Diego. The three-day event, a who’s who of Jiu Jitsu champions (including IBJJF World Champion Billy Crafton himself), ran from April 13th through April 15th and included several different sessions focusing on all different areas of the jiu jitsu world.

Royce Gracie started it off on Friday with his son Khonry, as they worked on employing jiu jitsu for self defense. This self defense focus helped participants of all levels learn how to utilize jiu jitsu specifically for self-protection, particularly if the attacker has a gun, a knife, or a bat.

On Saturday, Ralph Gracie turned everyone’s attention to Tournament and Fighting Strategies, shining the spotlight on unique methods used by champions to excel in tournaments and jiu jitsu fights in general. Ralph also highlighted self defense techniques, different strategies for jiu jitsu in general, and even MMA fights.

For the third and final day of the weekend-long event, Royler Gracie spent Sunday sharing his deep knowledge on the business of running a Brazillian Jiu Jitsu gym. Royler taught his specific curriculum, discussed how to add more students, how to keep the students already in place, and other important factors crucial to the success of any BJJ gym owner (and of course the gym itself).

This important annual event, normally held at the Billy Crafton owned Gracie Humaita Headquarters San Diego, was held at Gracie Humaita South Bay for 2018.The Annual Gracie Humaita Conference, for all Affiliates, Gym Owners, Gracie Black Belts and more, proved to be another outstanding success for the Gracie community worldwide, as people attended the event from all over the world, including Australia, Israel, Canada, Mexico, Brazil, and Europe. Not only did the event attract several black belts and champions (Billy Crafton, Royler Gracie, Royce Gracie, Ralph Gracie, and many others), it also brought in several multi-year world champions as well.

The 2019 event will likely return to Billy Crafton’s Gracie Humaita Headquarters San Diego gym, but regardless of location, expect San Diego to be the center of jiu jitsu world once again for three days in April of next year.

Billy Crafton continues to compete at a high level in Ineternational Brazillian Jiu Jitsu Federation world championship tournaments and other tournaments as well,registering numerous championship wins both nationally and internationally. Now a black belt, taking multiple Pan Jiu Jitsu Championships and IBJJF World Championships, Billy Crafton looks to help others learn the art of jiu jitsu via his own gym in San Diego, and his online presence as well.

Billy also owns his own Investment Banking Firm, advising clients in restaurant, entertainment, fitness, sports management and marketing, while also takin the time to speak at universities and law schools. As a prominent business manager, he currently works with Major League Baseball and NFL players as well. 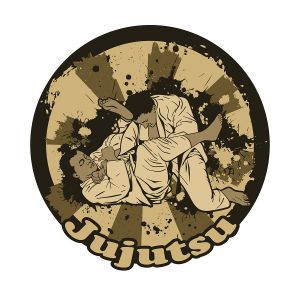 The Art of Jiu Jitsu To master Jiu Jitsu, you must first master your own mind, body and soul. At Billy Crafton Jiu Jitsu, we hope to help you a little bit on that journey. Obviously, an in-person mentor is…